Sam Jayne recorded many Love as Laughter sessions at Dub Narcotic in 1995-96, perhaps more than any other artists during that period. He would show up by himself or with some pals and it was like what are we gonna do today? and then he laid it down and he was done for a while, came back a few days later with some new songs or just an idea and did it again. The music of Love as Laughter had changed from the effortless, off kilter flights found on the paper-wrapped cassette recordings. At Dub Narcotic Sam expressed a much more gritty and out-of-phase existence, broken sunglasses and distorted lenses. This resulted in several Love as Laughter 45rpm singles on our International Pop Underground series, but most of this material has remained unreleased. 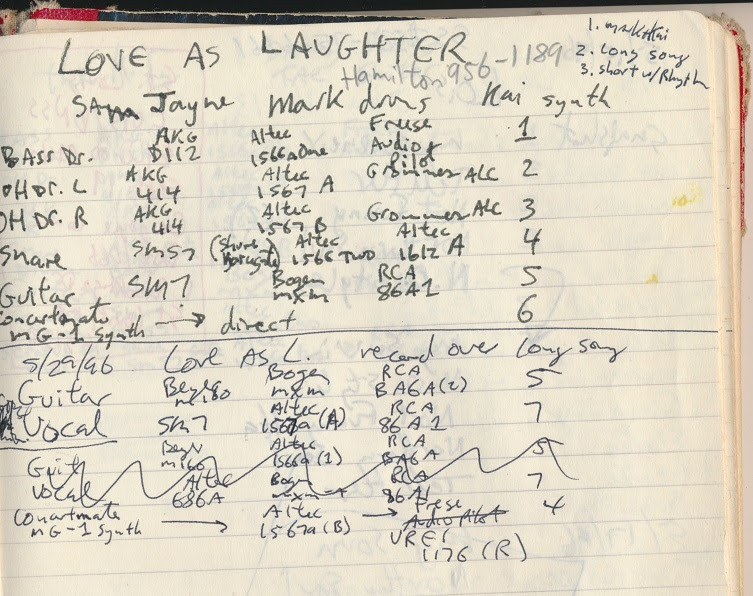 Sam moved to Seattle, transformed Love as Laughter into a band (with Dave Schneider on drums!), recorded #1 USA, toured the country, recorded more albums, moved to New York, gosh did a bunch more stuff and created so ver much art and music.

I really admired Sam Jayne and miss him terribly. 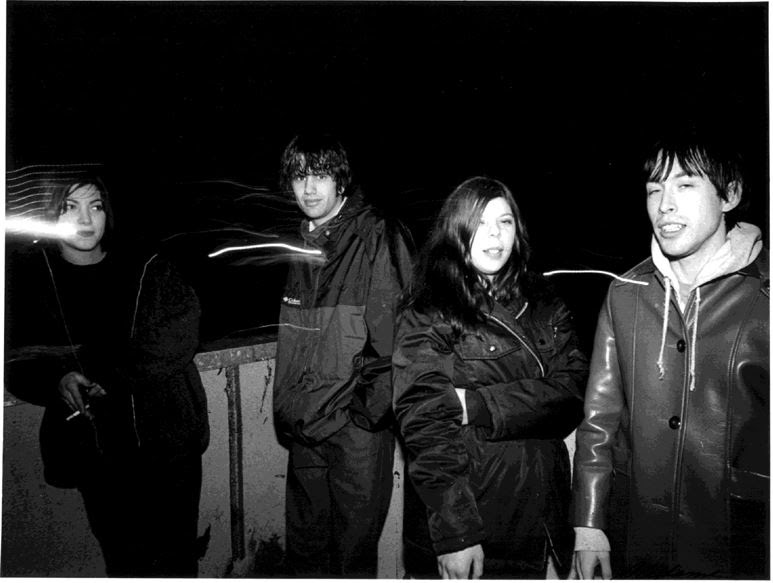 Love as Laughter, rock'n'roll combo.
Back to K News